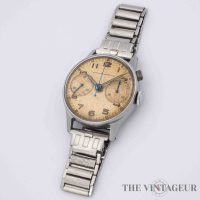 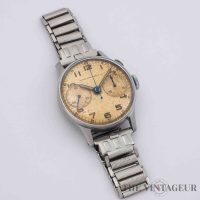 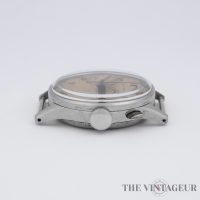 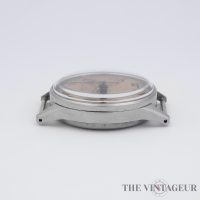 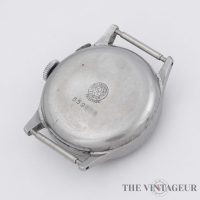 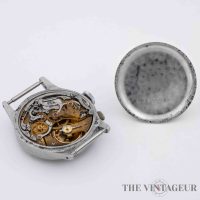 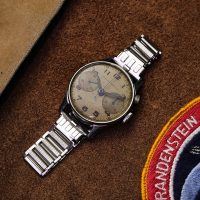 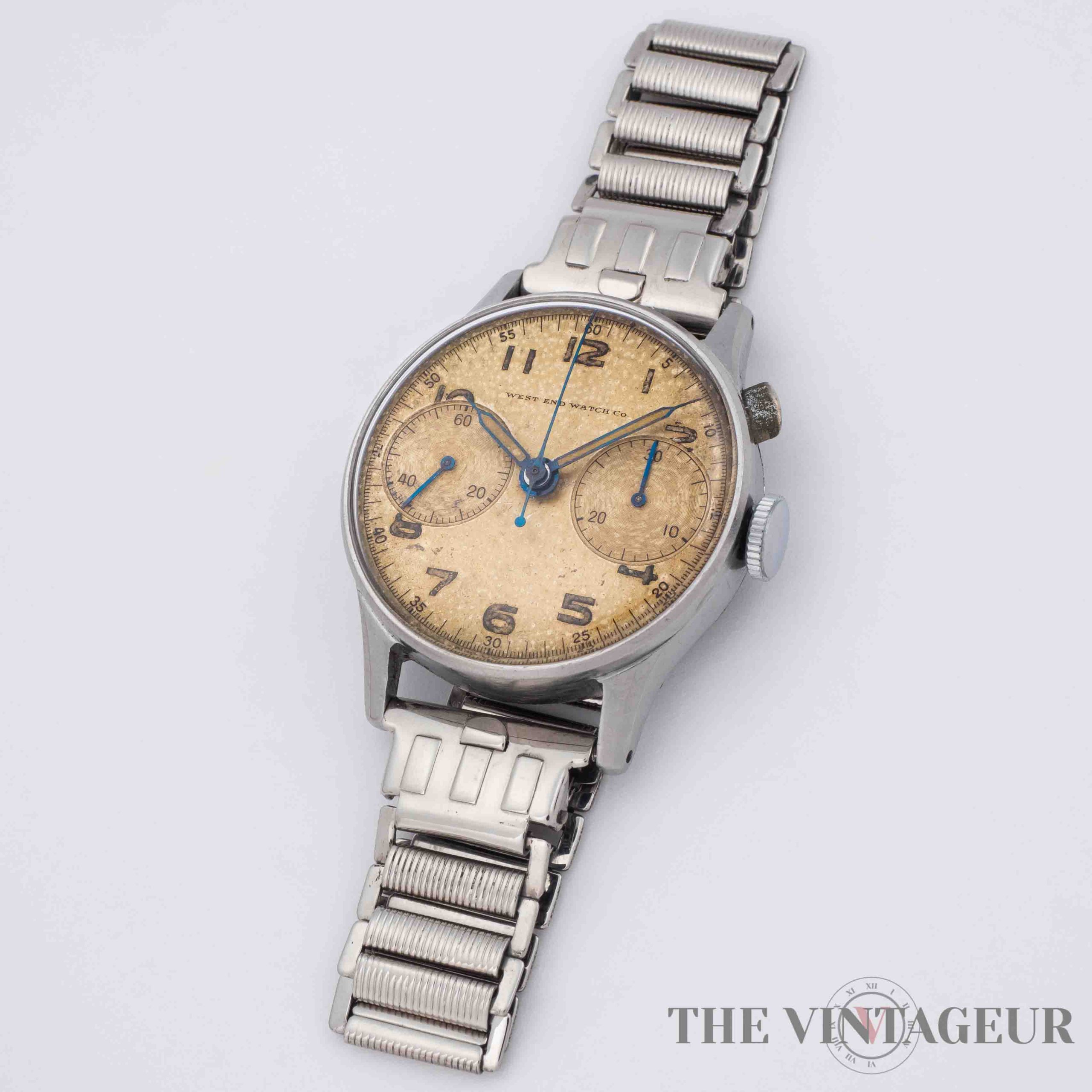 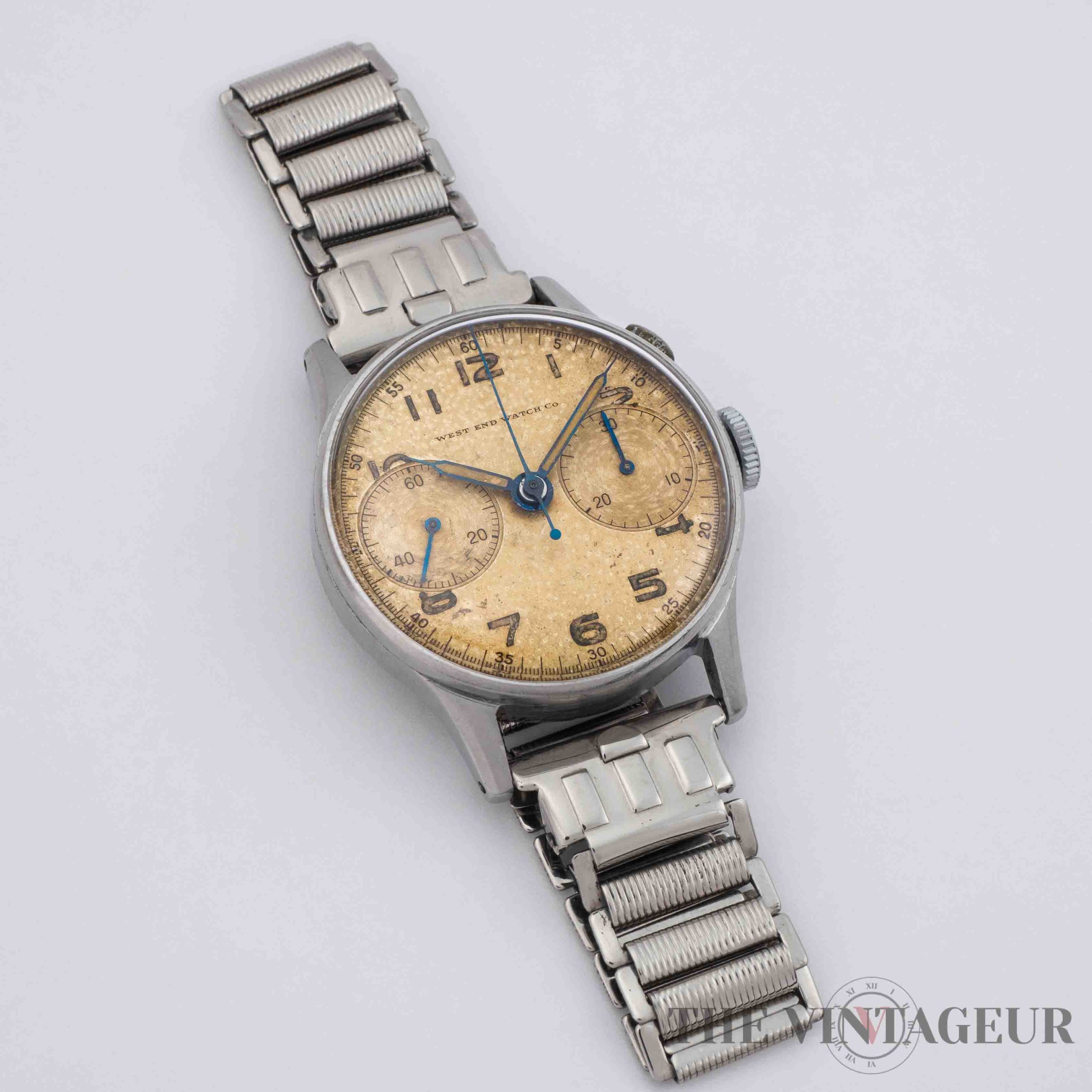 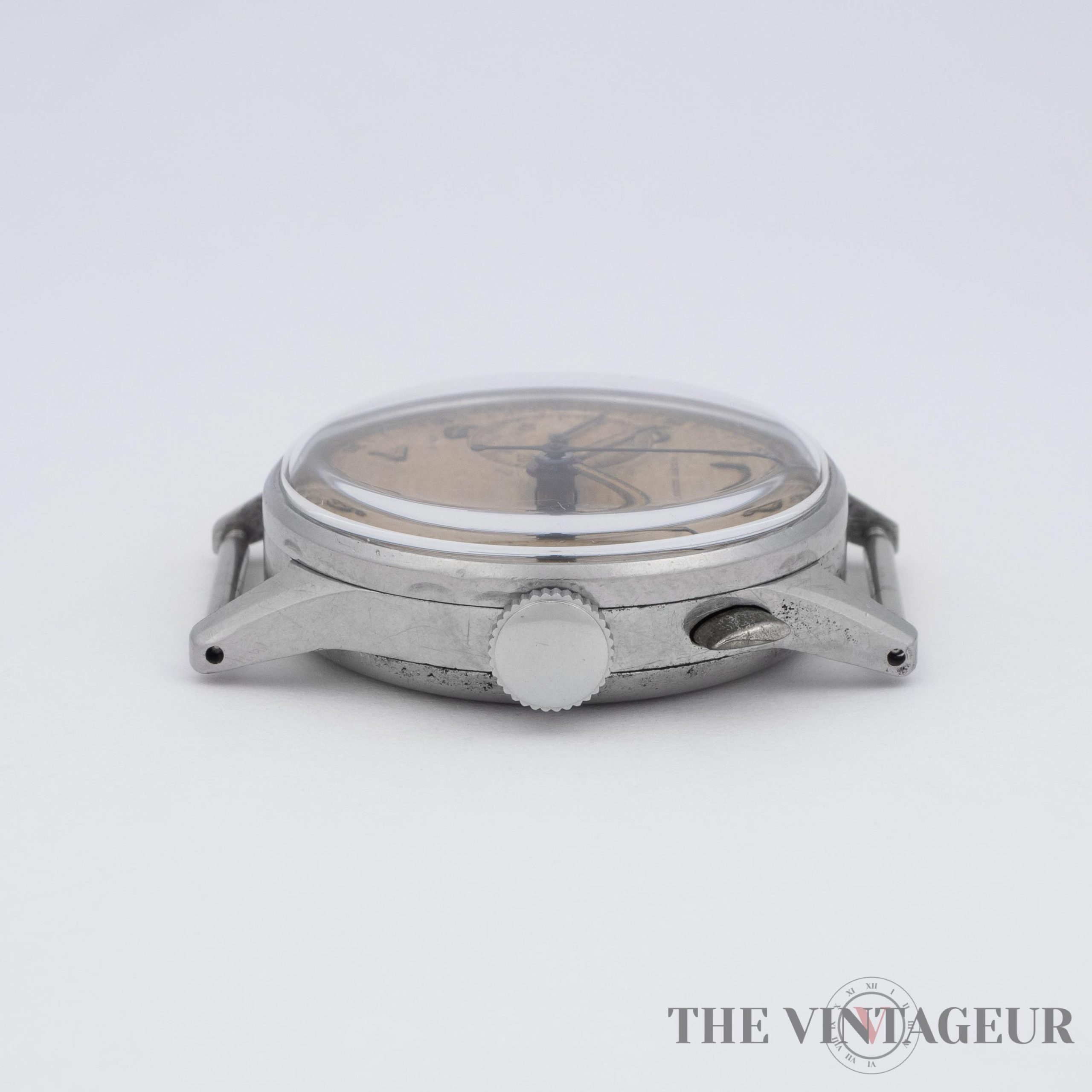 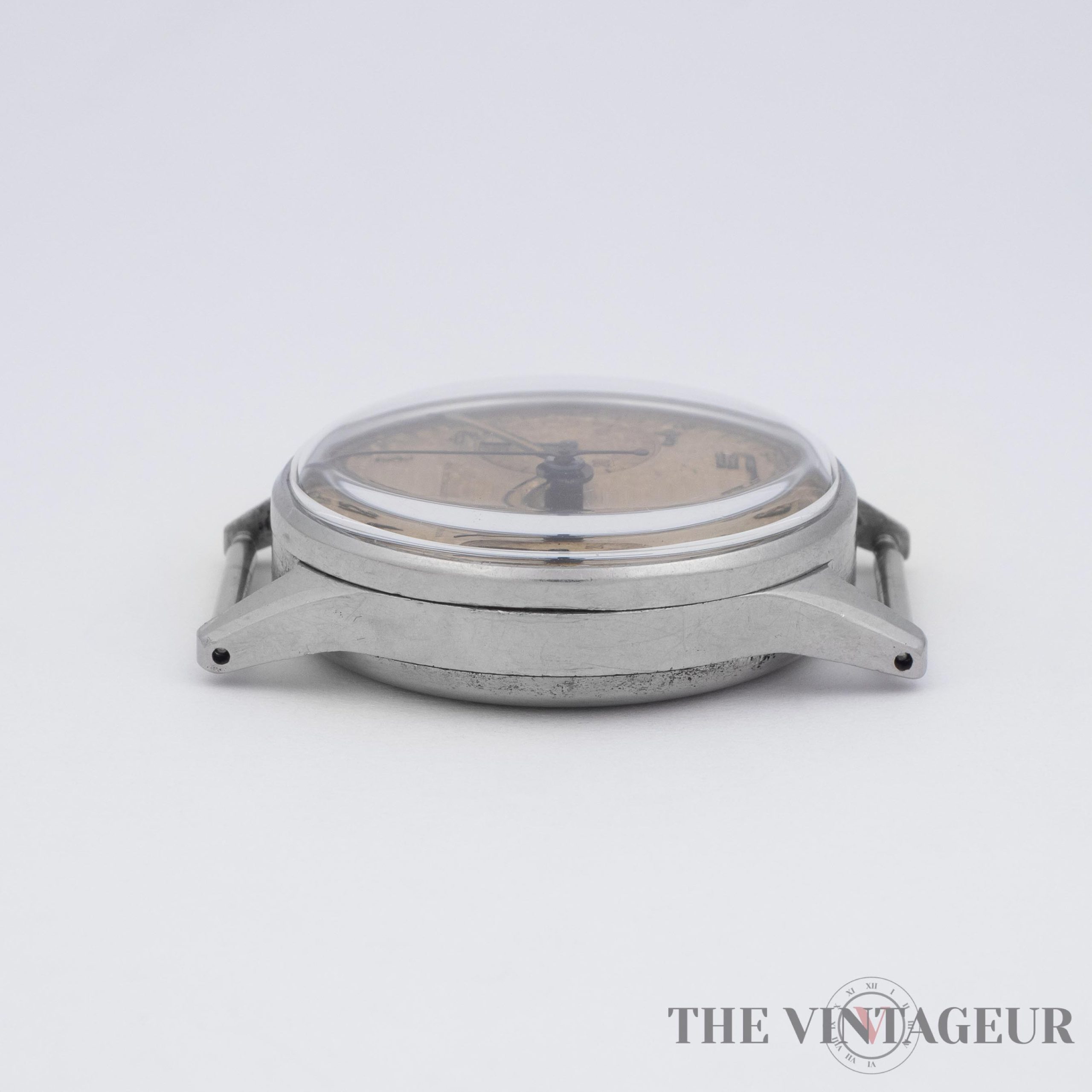 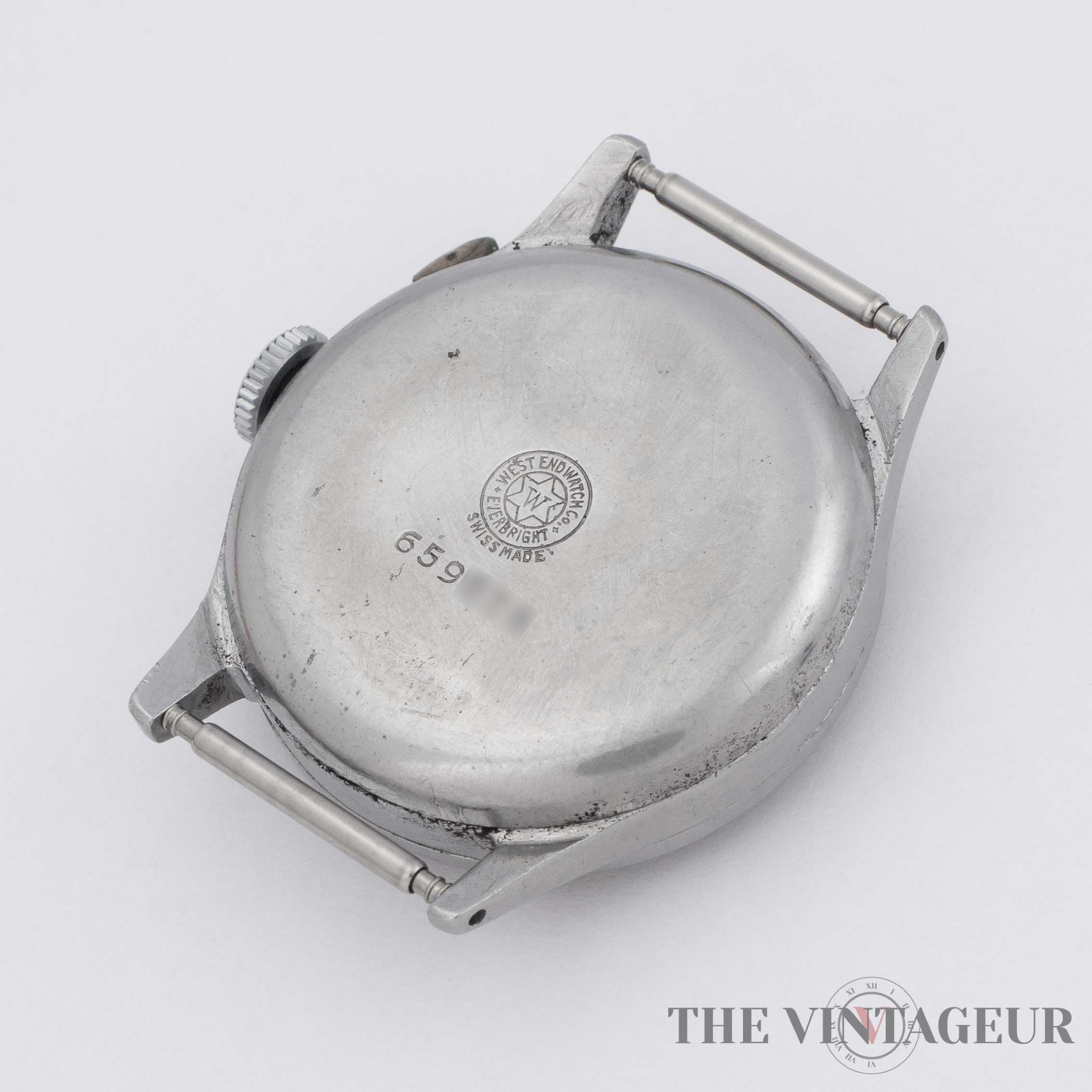 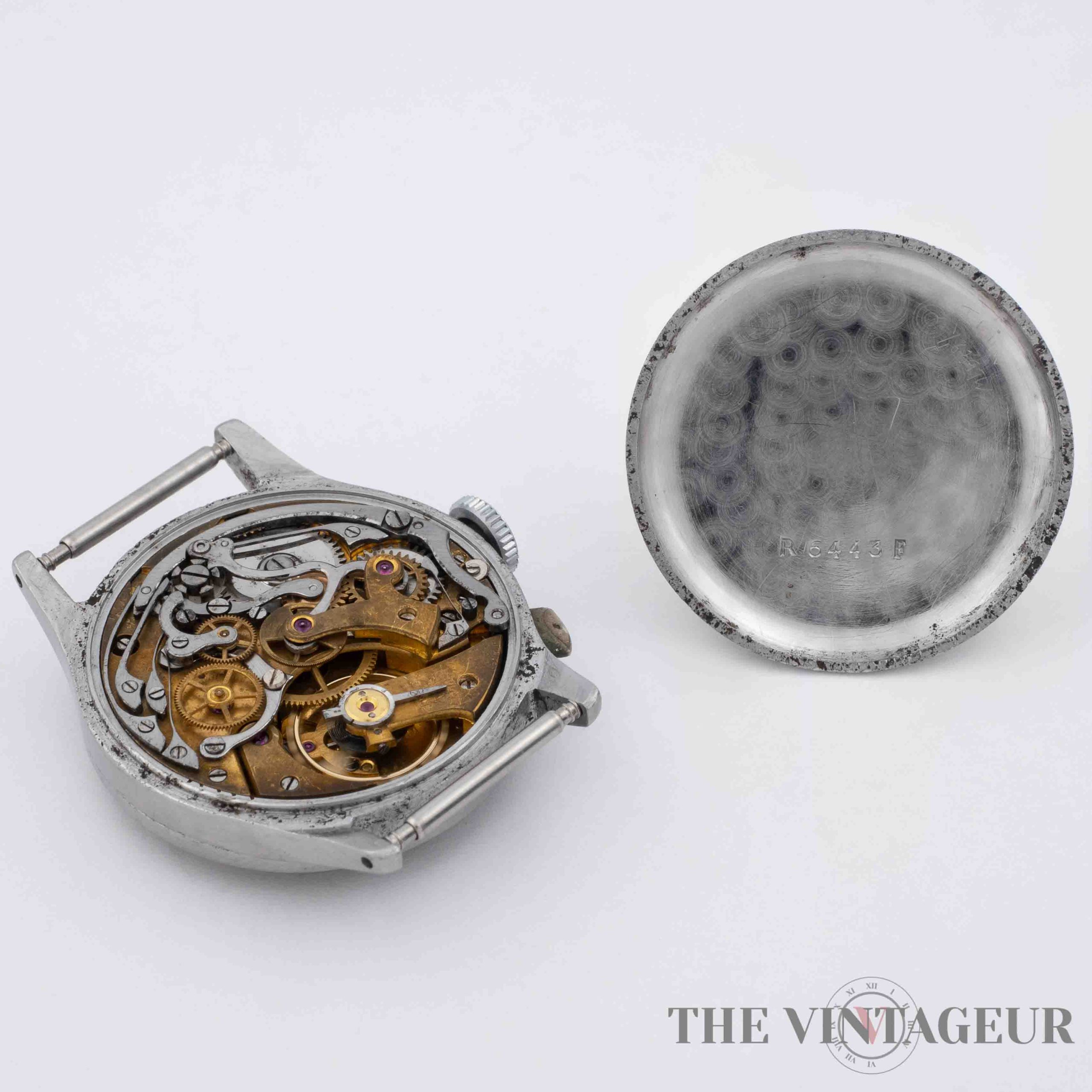 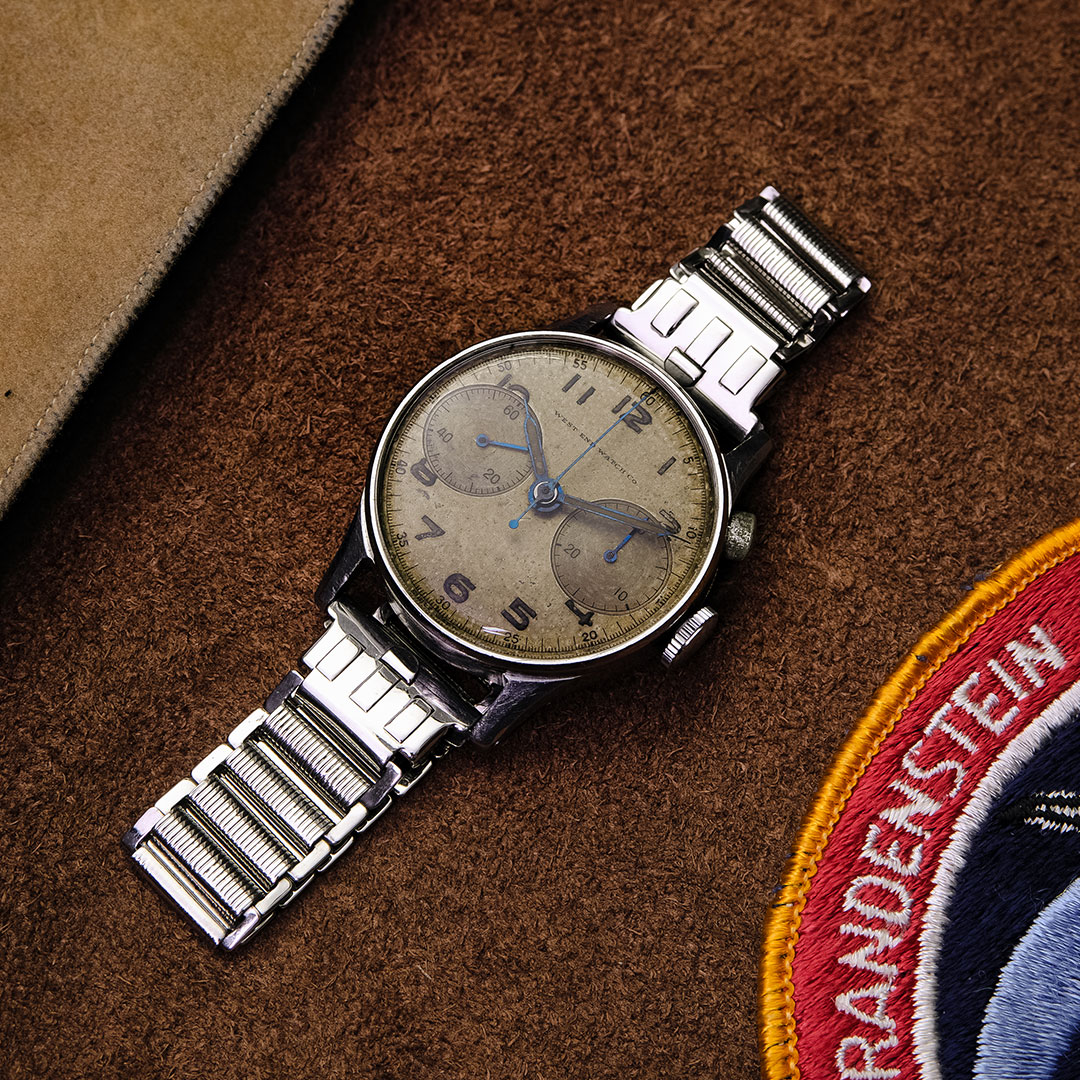 Add to Wishlist
Description
Show us your interest in this watch
Description
The West End Watch Company was set up to export Swiss watches to India. It had offices in Switzerland, Bombay and Calcutta. The company still exists, supplying Swiss watches to India, the middle east and China. The West End Watch Co. did not manufacture watches. It bought watches branded with the West End name and its model names and logos from Swiss watch manufacturers. The most famous supplier to West End is undoubtedly the Longines. The Swiss base of West End was located in St-Imier, not far from Longines and it seems that Jacques-Arnold Amstutz had a good relationship with Longines. From the early 1910s Longines supplied watches to West End branded with the West End name and logo, the only company in the world to which this privilege was granted and which contributed significantly to West End’s reputation. In the 1950s the management of Longines reconsidered this arrangement and from 1955 only watches with Longines branding were supplied to West End. In 1934 two events occurred that had a significant effect on the subsequent history of the company. Bernard Taubert offered them the Decagonal cases with 10 flat screwed backs and cork sealing in the winding stems, which he guaranteed 100% waterproof, and Georges Braunschweig of La Chaux-de-Fonds offered the company the Incabloc shock resisting system for protecting the balance staff from breakage.
Show us your interest in this watch
THE VINTAGEUR