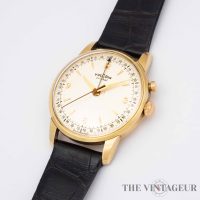 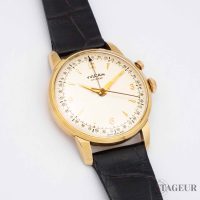 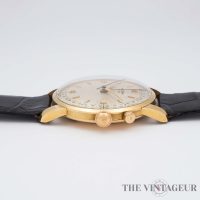 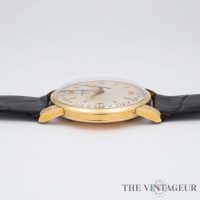 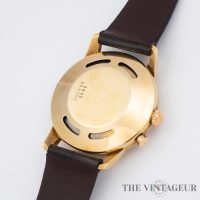 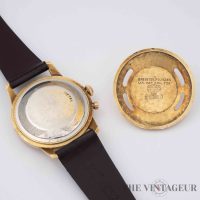 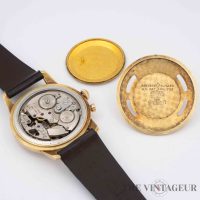 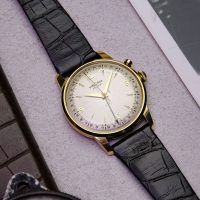 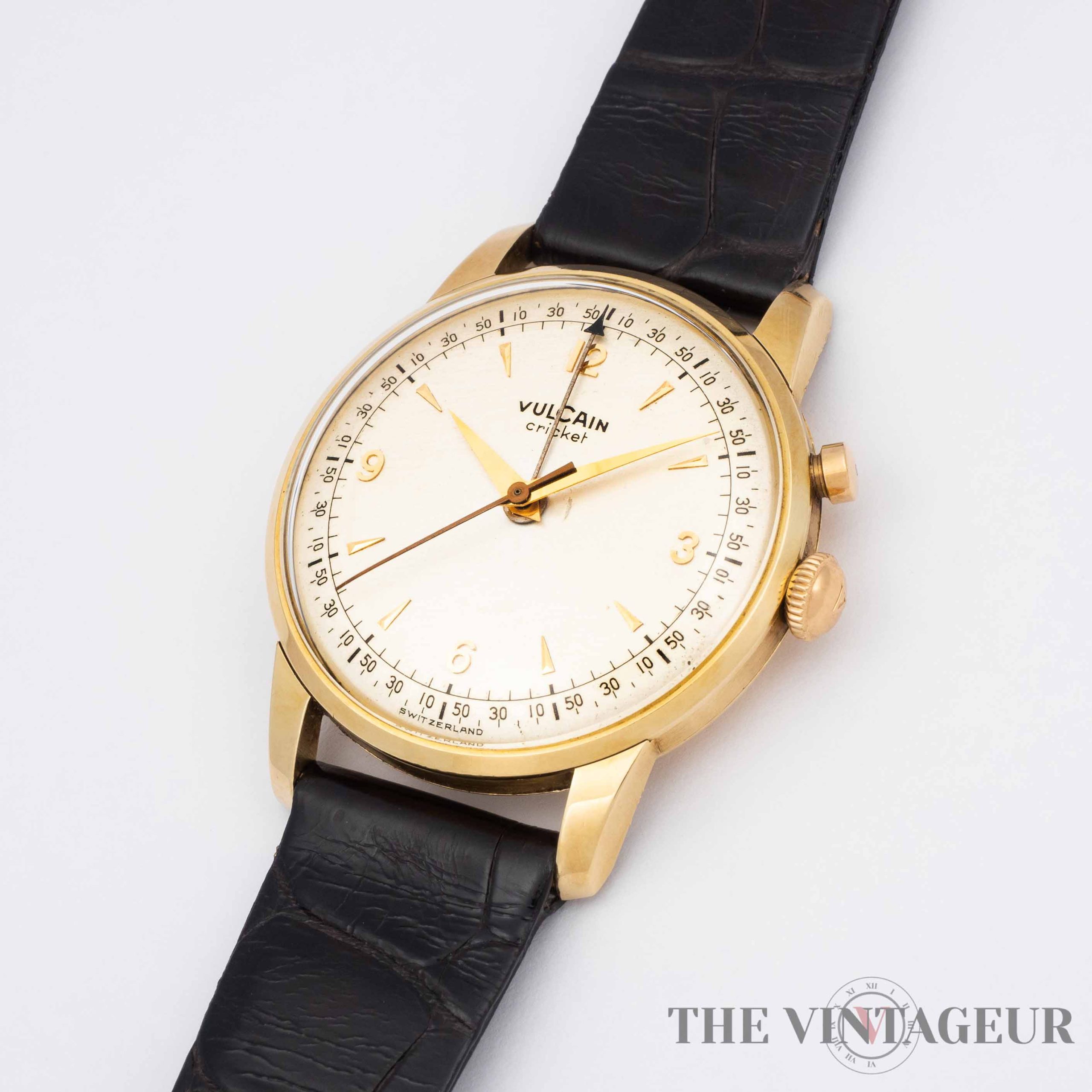 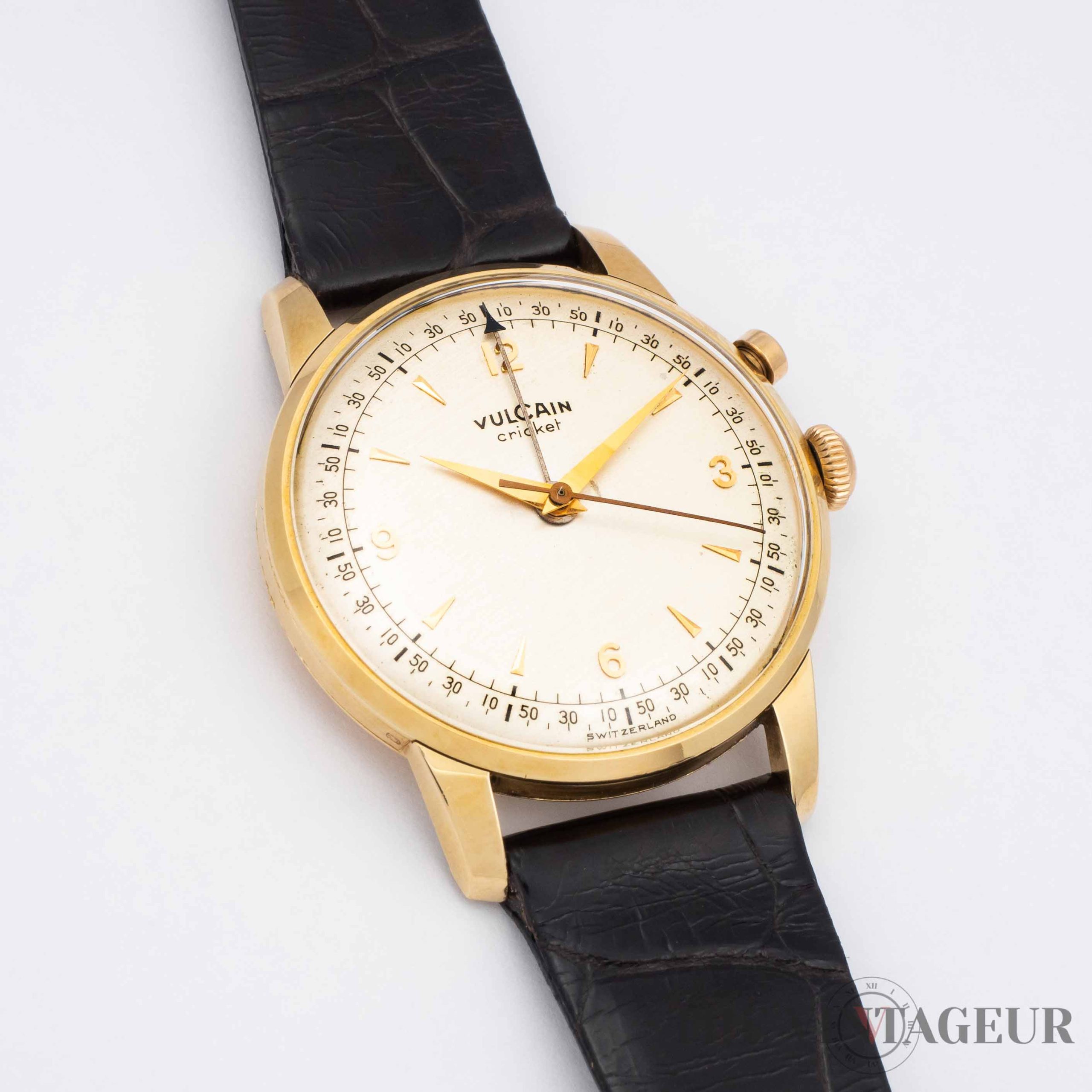 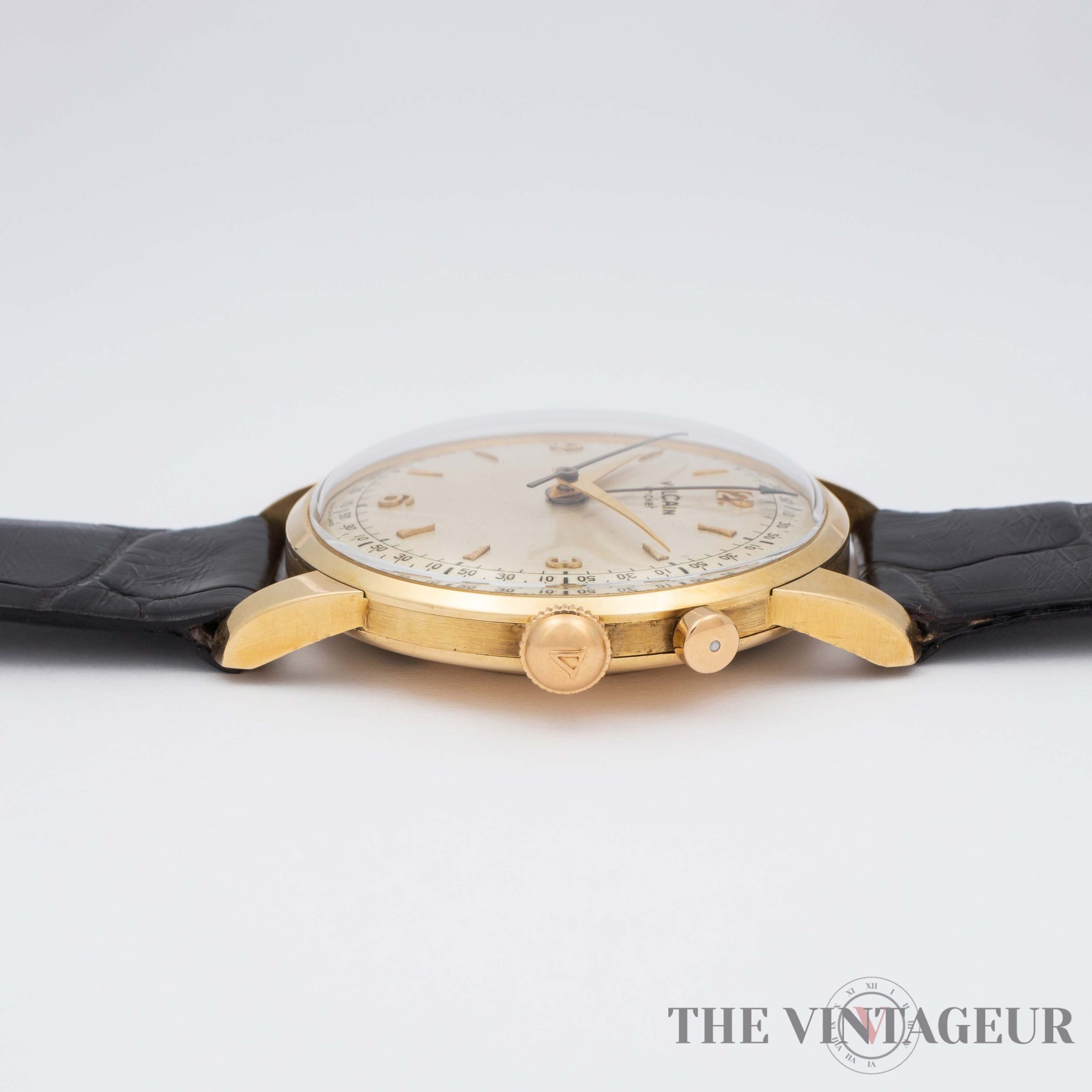 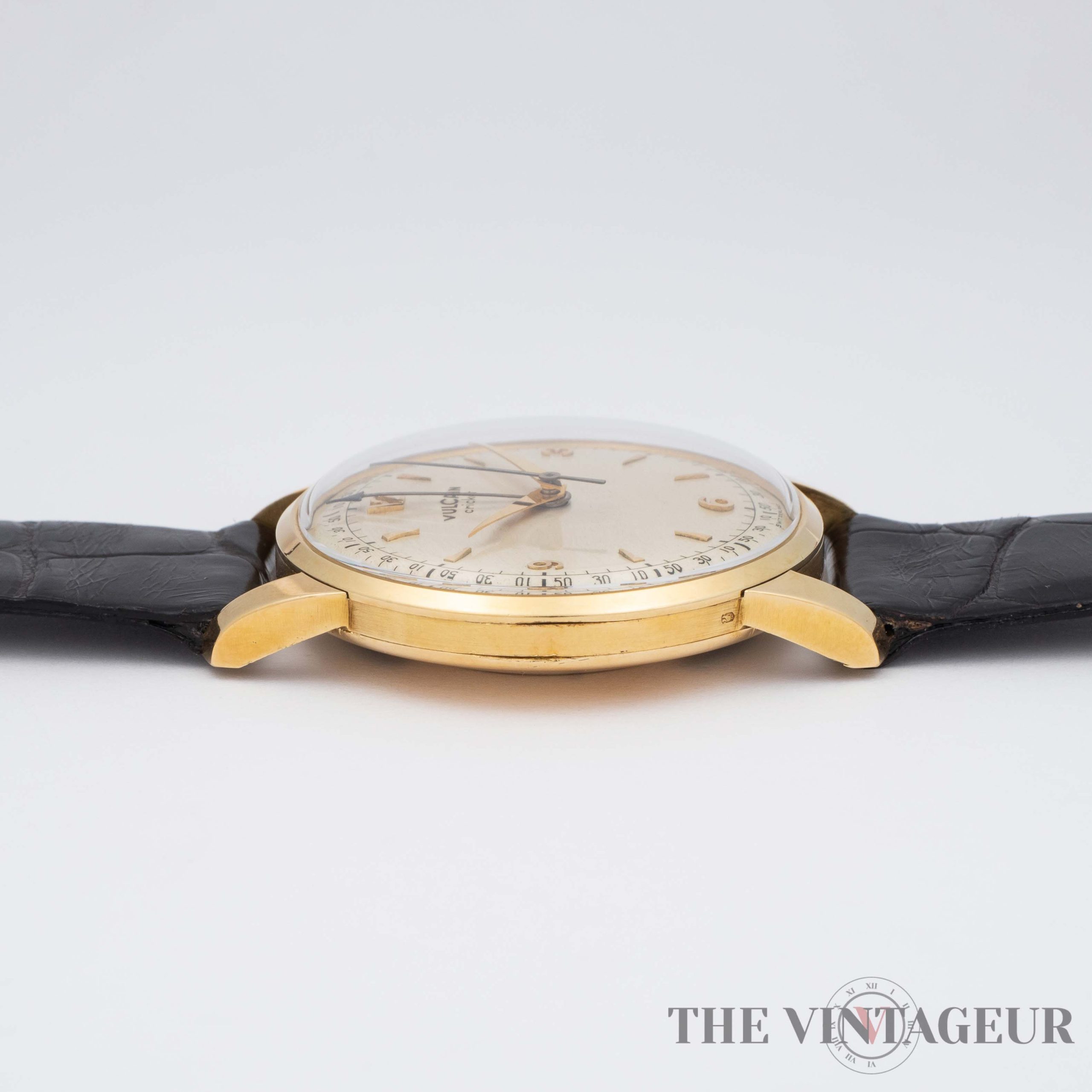 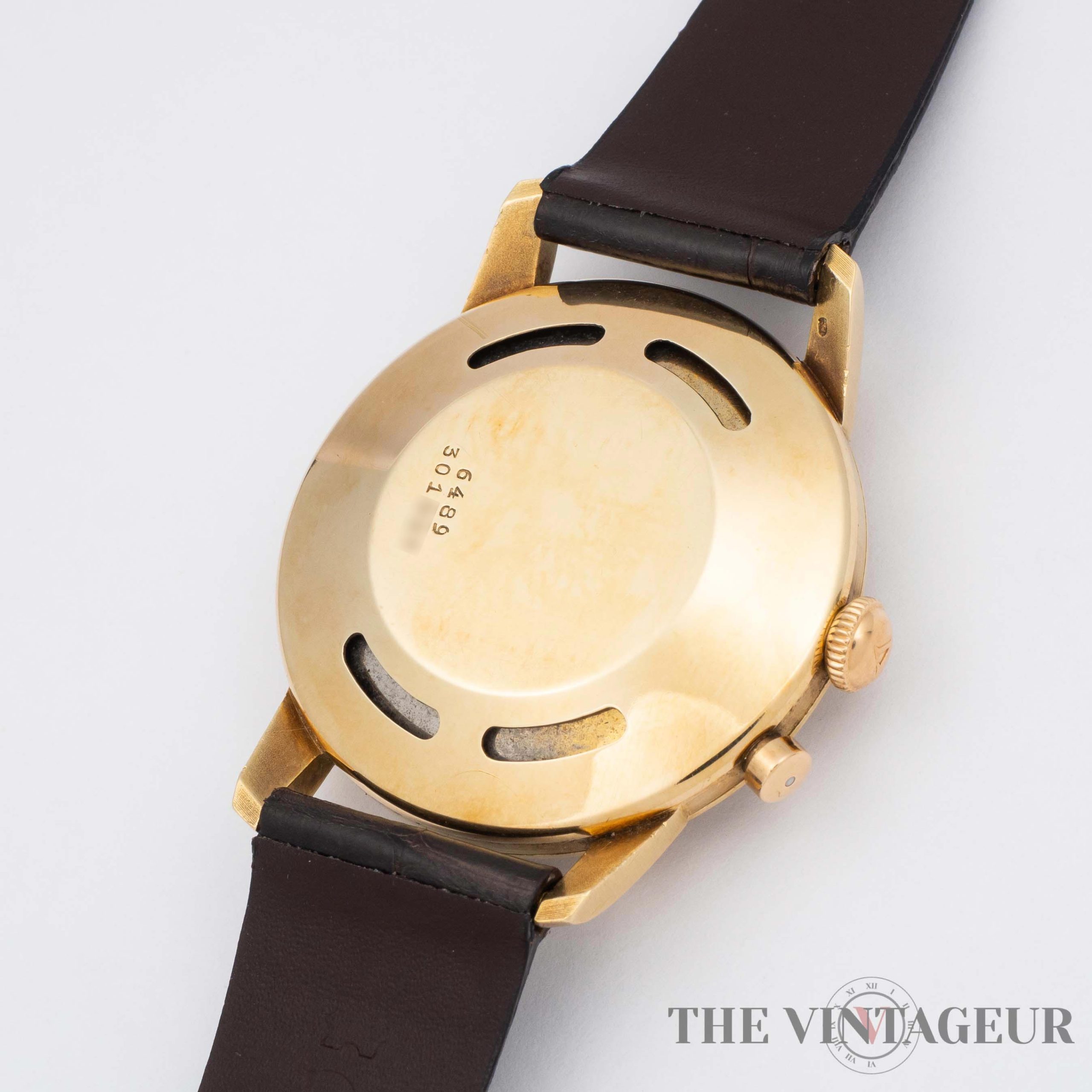 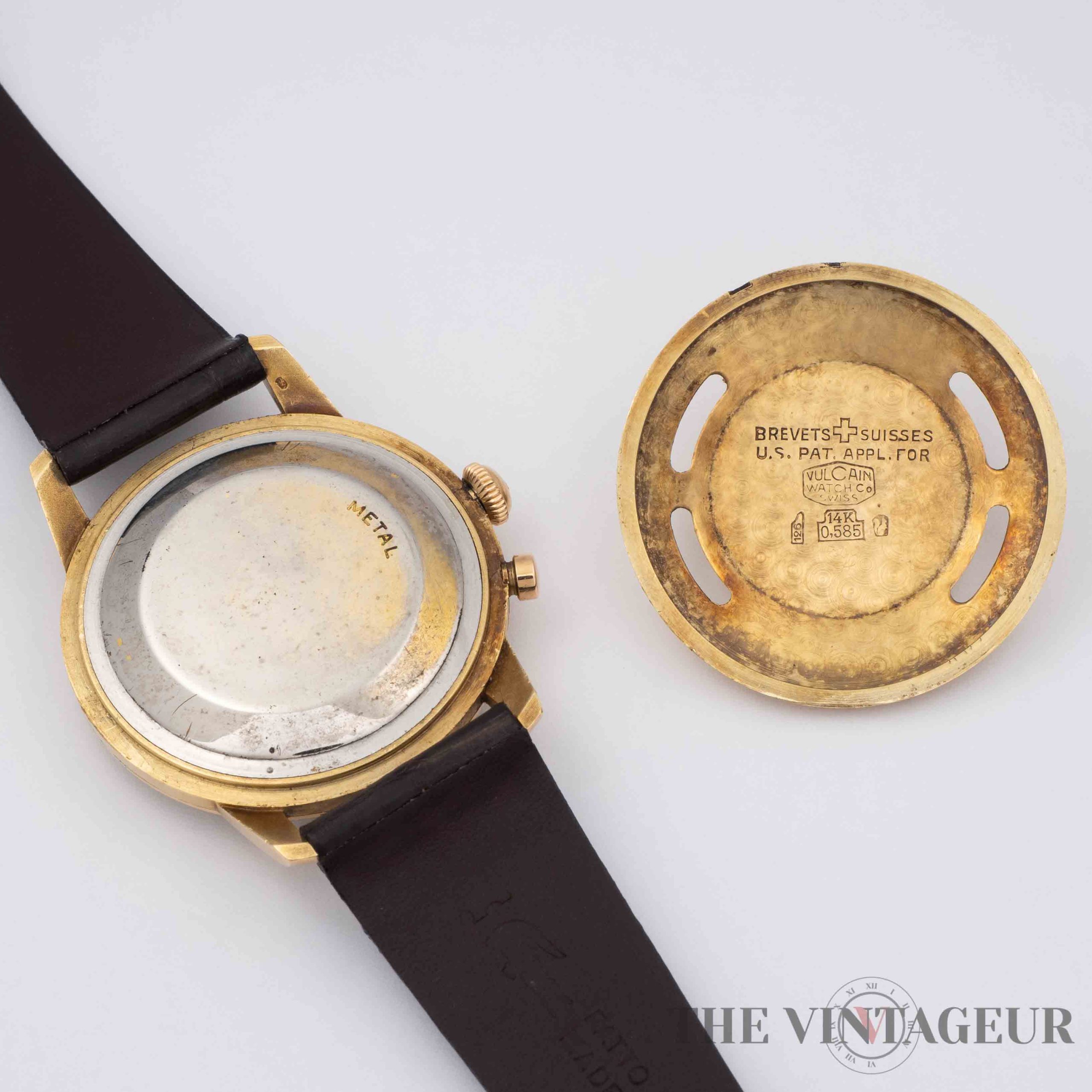 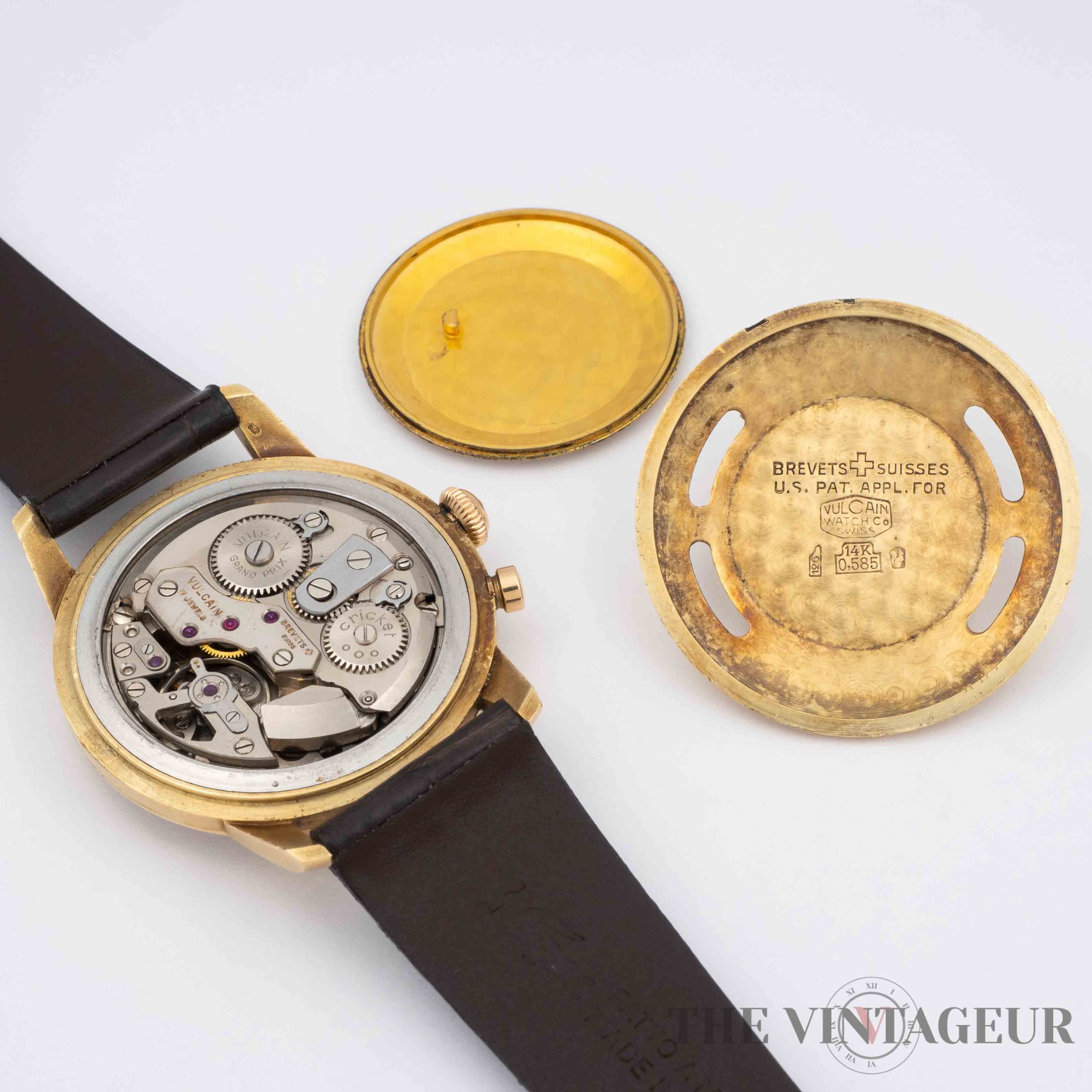 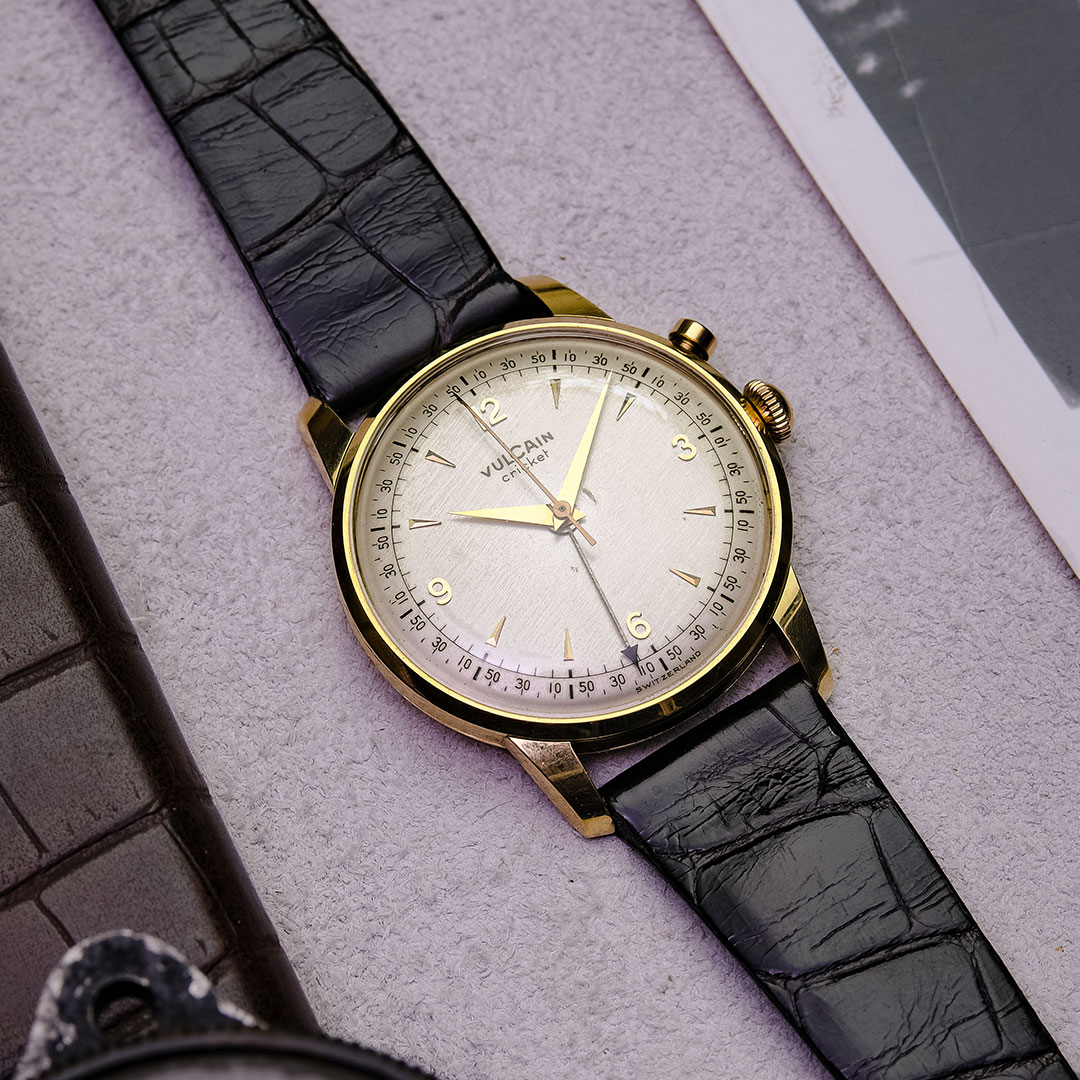 Add to Wishlist
Description
Show us your interest in this watch
Description
Ever since President Harry Truman wore one during his time in office, the Vulcain Cricket has graced plenty of presidential wrists. In fact, it probably deserves the nickname “President” more than the gold Rolex Day-Date. Almost every single President in the past 60-odd years has received a Vulcain Cricket for their inauguration or as a special post-Presidency gift, which is pretty impressive for such a small watchmaking outfit. So how did this tiny Swiss brand manage to make such diplomatic connections? And what’s so special about the Vulcain Cricket? Well, it’s a cool little watch with an interesting history—one that’s worth exploring more. The Vulcain Cricket Vulcain introduced the Cricket in 1947—the first alarm wristwatch of its kind. While not technically the first alarm watch to the market, the Cricket was certainly the loudest. It was the product of five years of R&D, and featured a separate caseback to allow the alarm function to ring loud and clear with a sound not unlike the chirp of a cricket. It’s been the company’s flagship model ever since. Before then, Vulcain made its name in complicated pocket watches, followed by complicated wristwatches. The workshop started in 1858 as Ditisheim (the surname of its founder) and took on the name Vulcain in 1900. It’s safe to say the Cricket established Vulcain as a watchmaker in the mid-20th century, a reputation cemented in 1954 when an Italian climbing party summited K2 with Vulcain Crickets on their wrists.

The Cricket that started the whole “President’s watch” business belonged to President Harry Truman. He received his Cricket as a gift from the White House Press Photographer’s Association in 1953, and of all his watches, this is the one he is most closely associated with. His successor, President Dwight Eisenhower, also sported a Vulcain Cricket well before he took the office. He even inspired a Vulcain advertising campaign touting the connection. President Lyndon Johnson, however, was probably the biggest Vulcain fan of any US President. He gave away plenty of Crickets as gifts, Vulcain even has a letter of thanks from Johnson stating that he felt “somewhat less than dressed without it.” Same goes for Richard Nixon, who received a Cricket from after a speaking in front of the National Association of Watch and Clock Collectors. Since then, Vulcain has gifted most presidents, including Carter, Reagan, and Clinton, their own version of the Cricket. Obama received one upon his election, and in 2016 Vulcain confirmed they would give one to Trump as well.
Show us your interest in this watch
THE VINTAGEUR