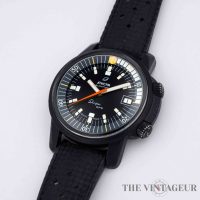 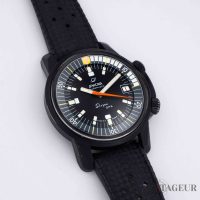 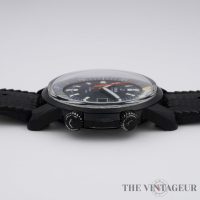 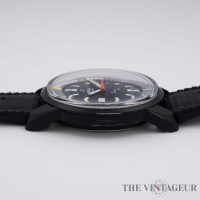 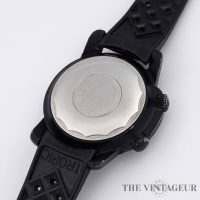 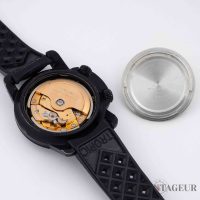 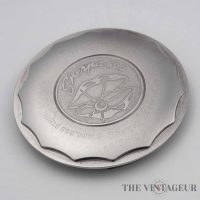 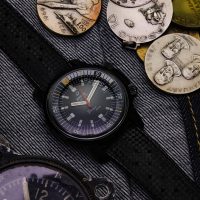 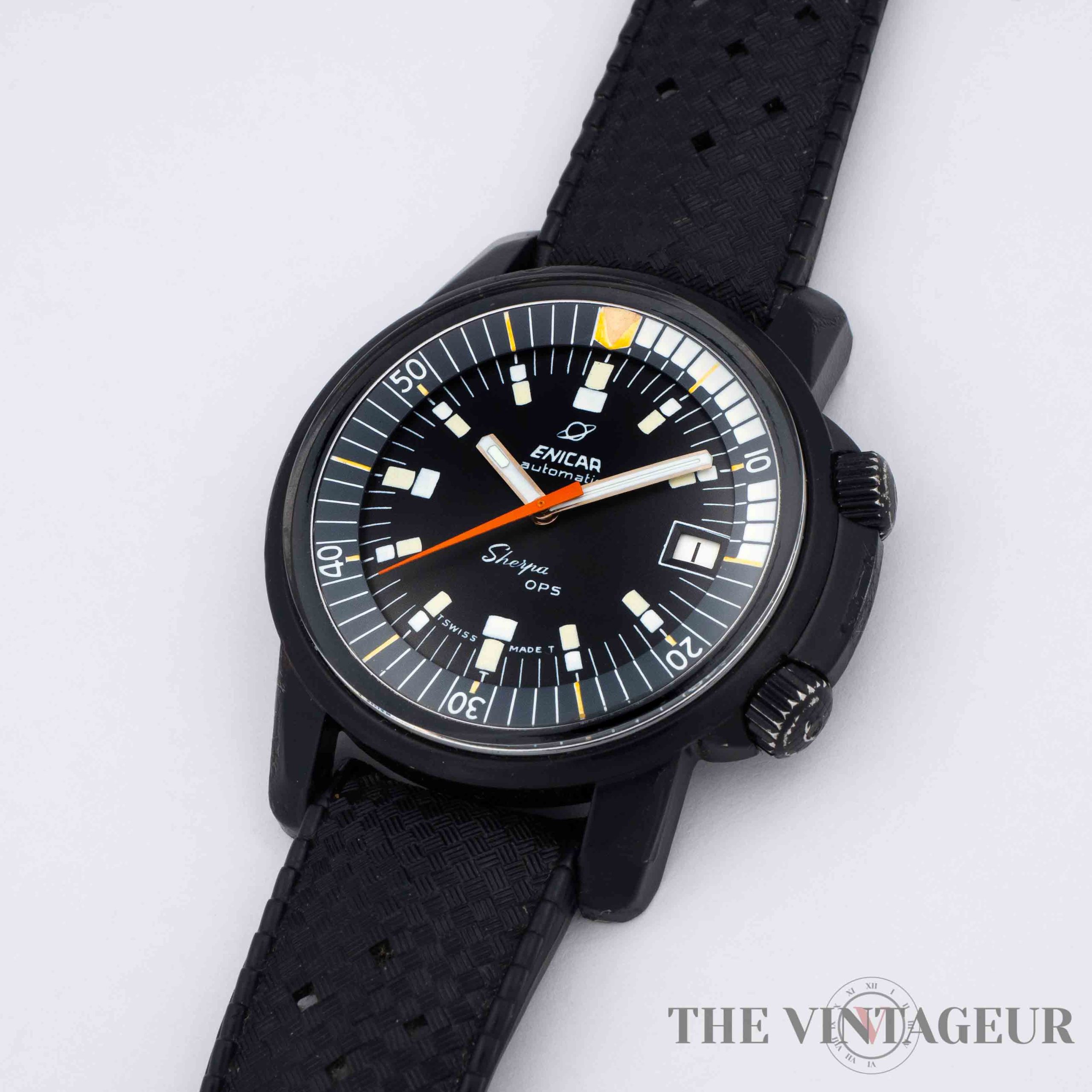 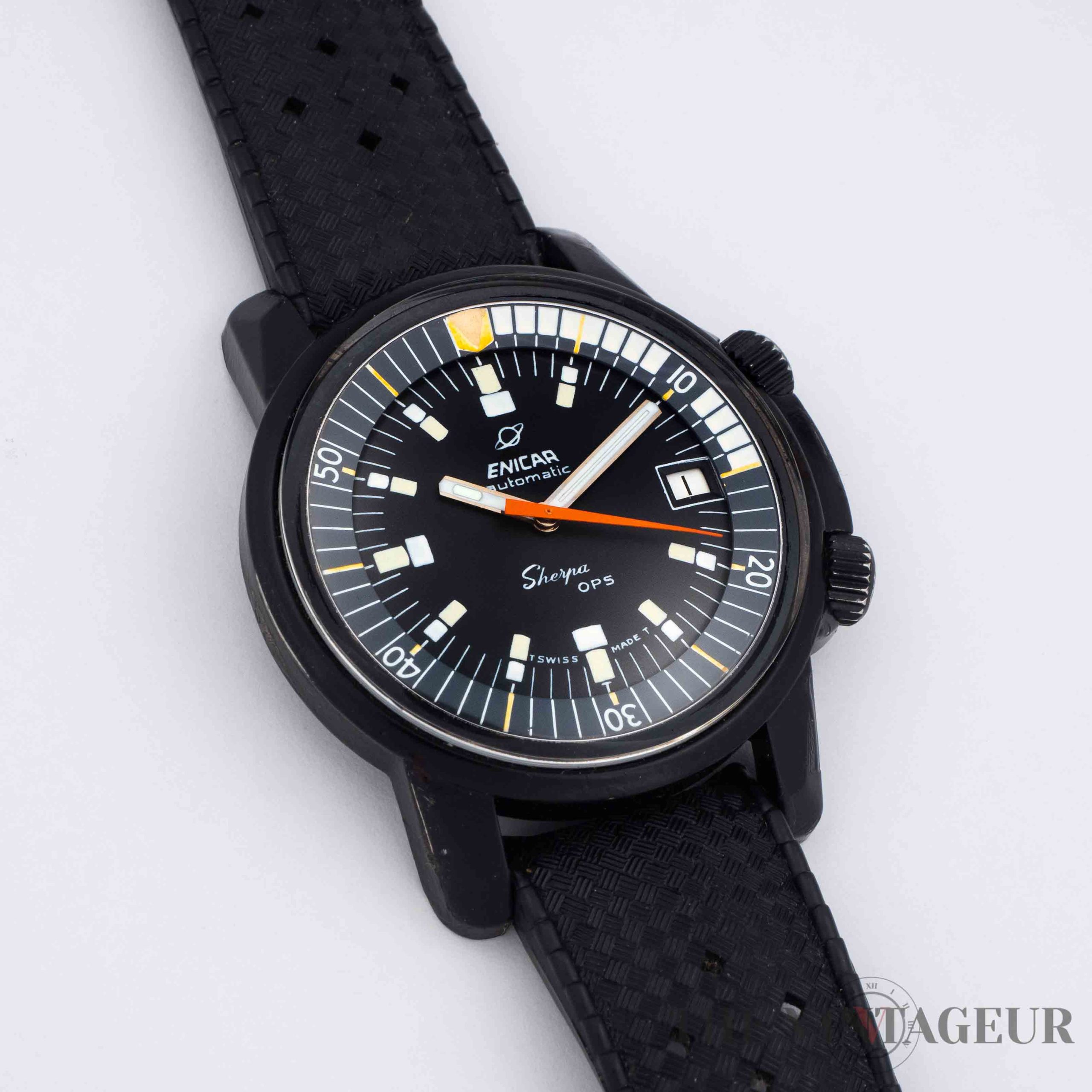 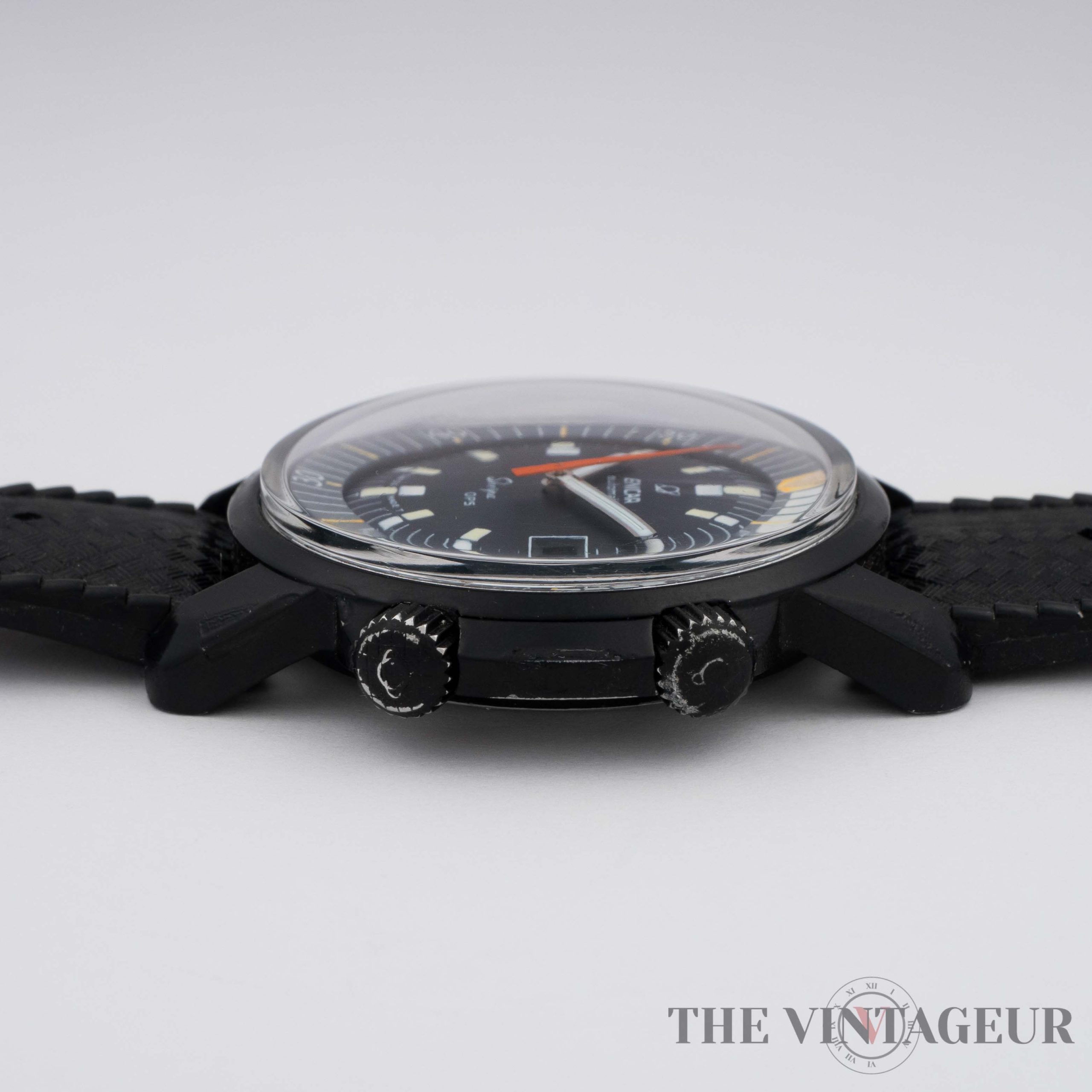 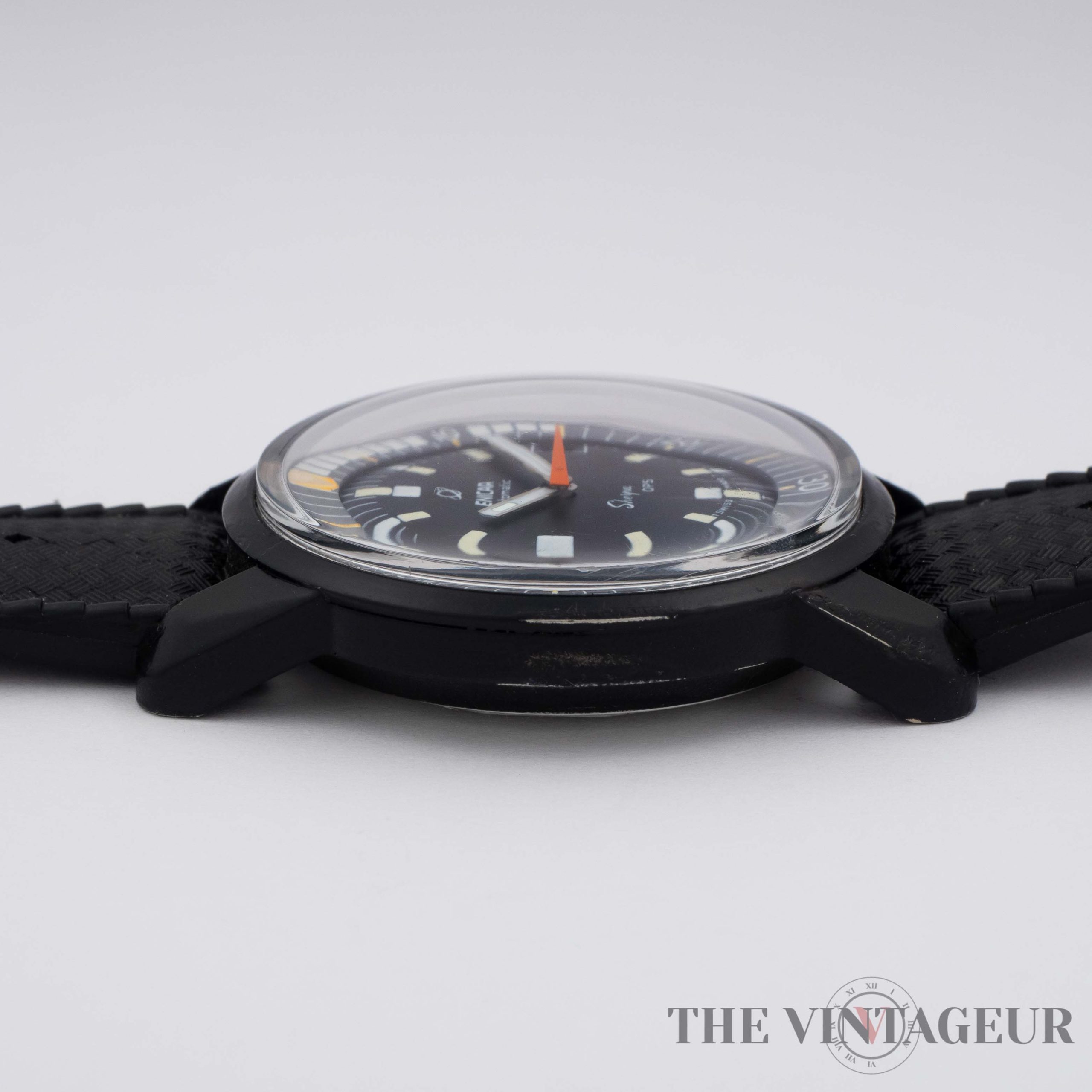 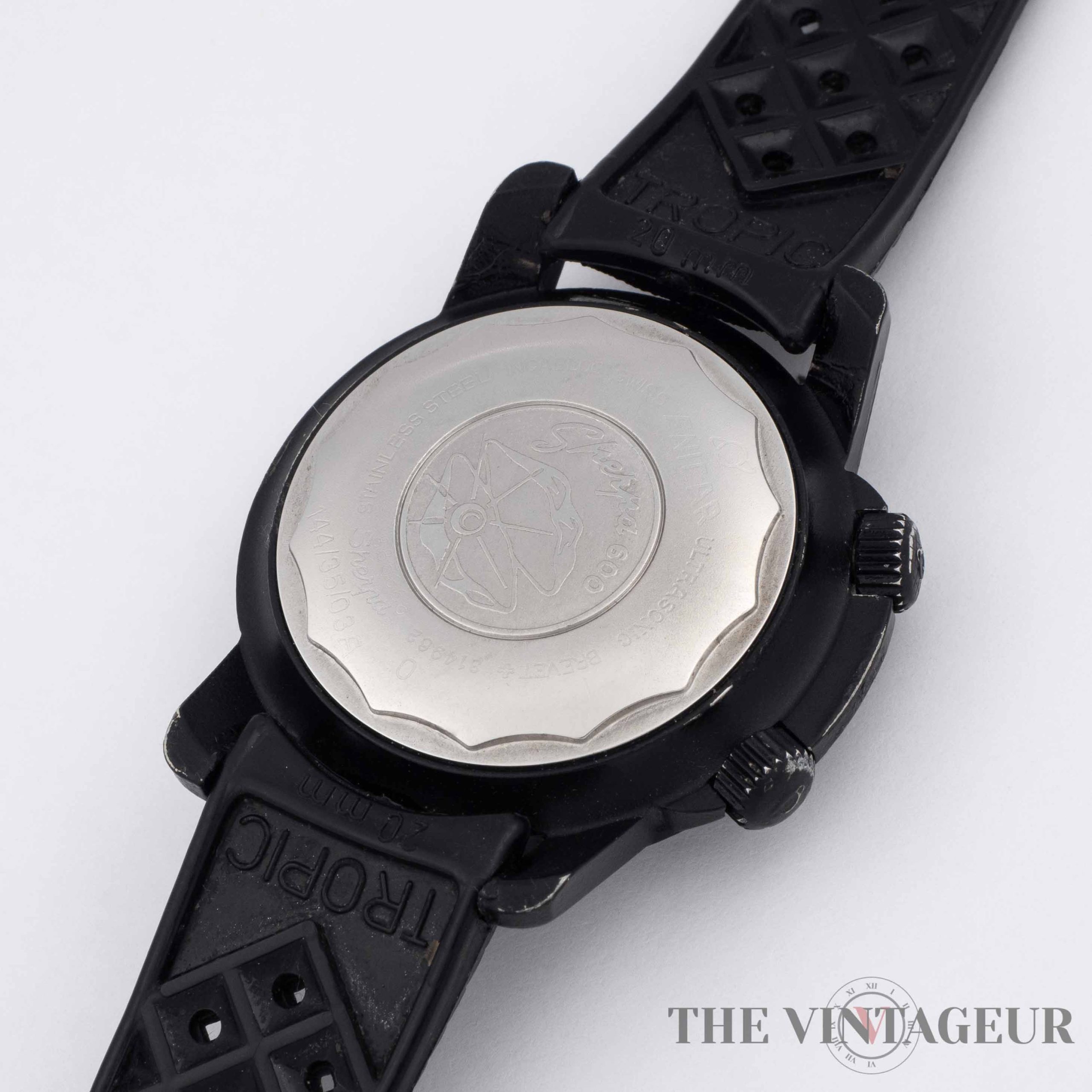 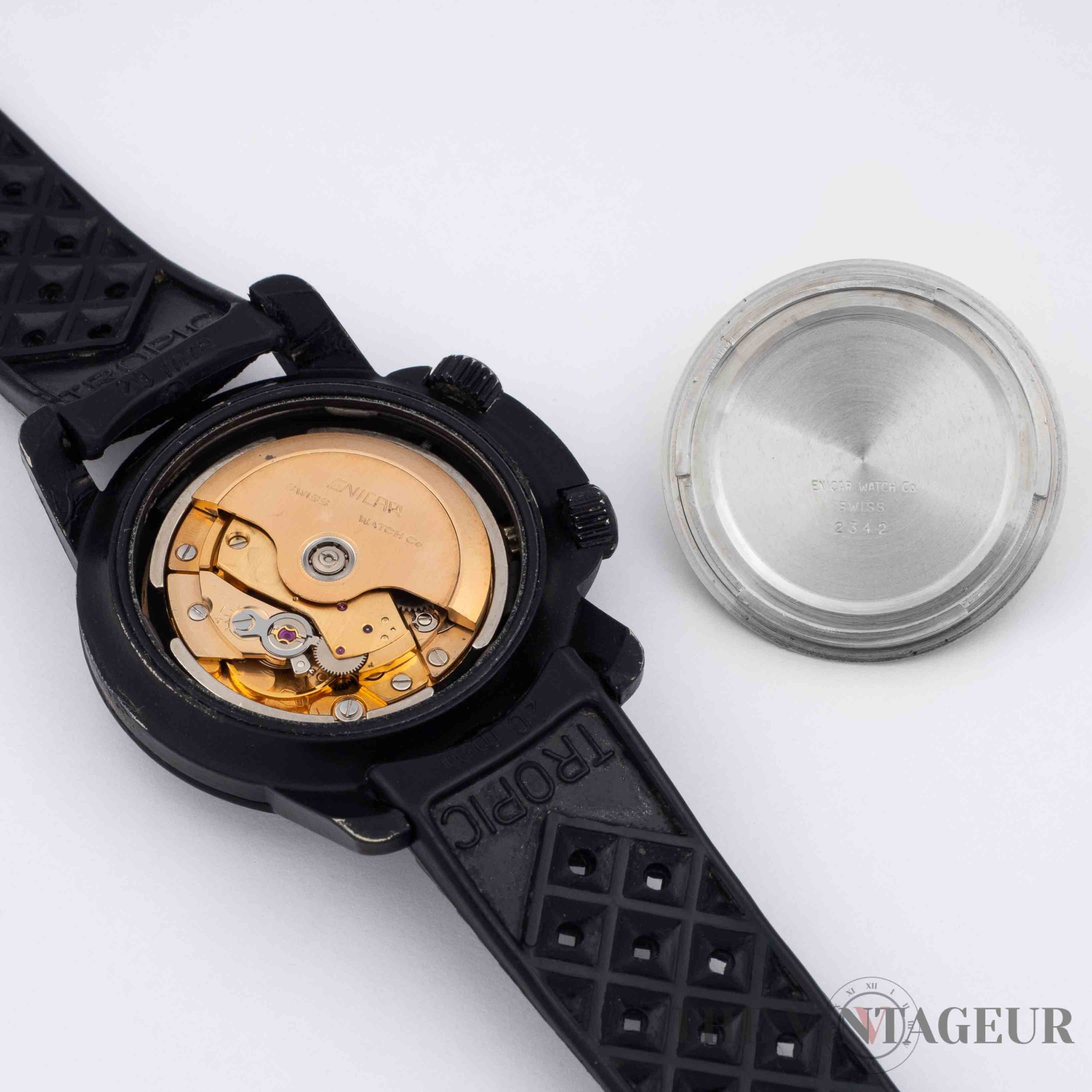 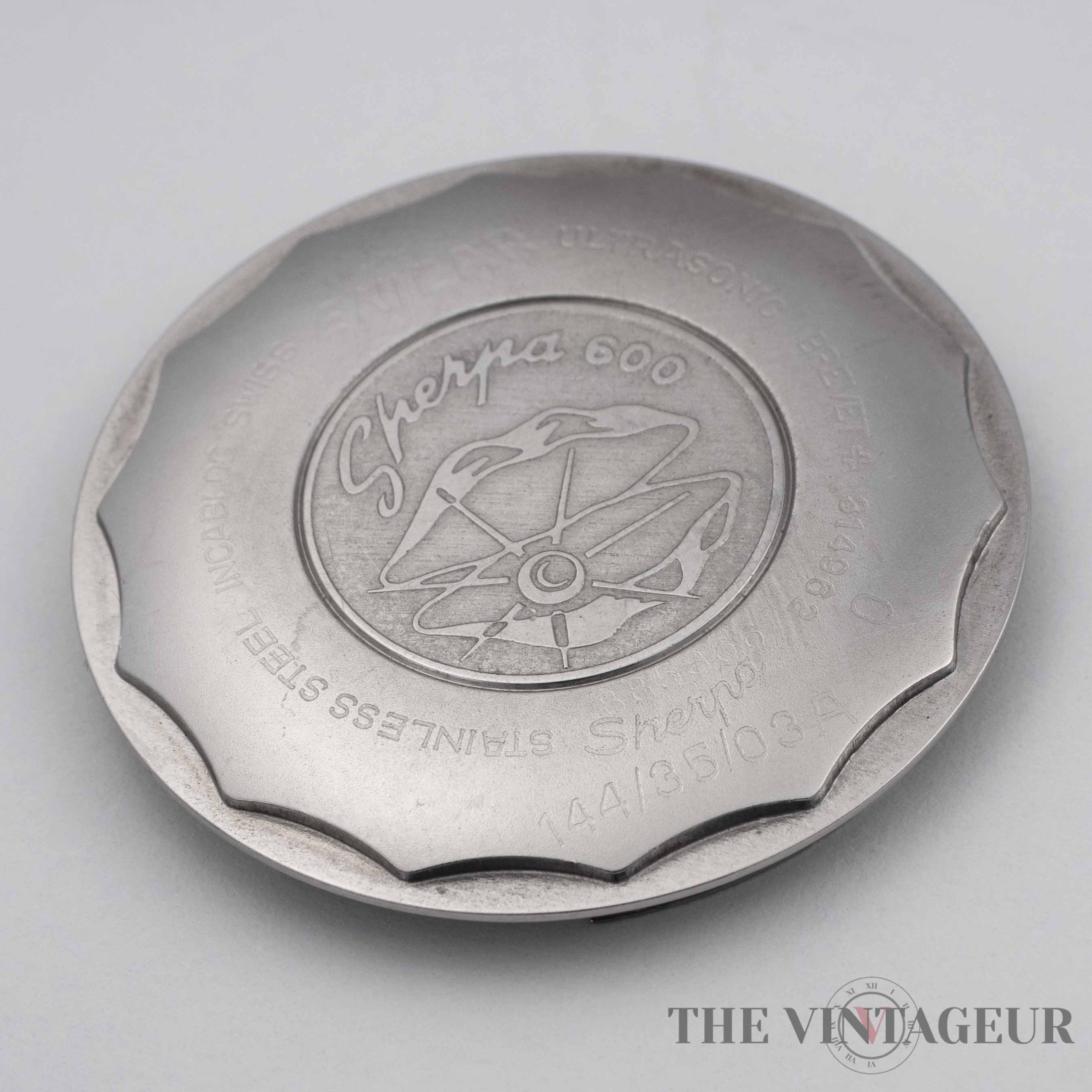 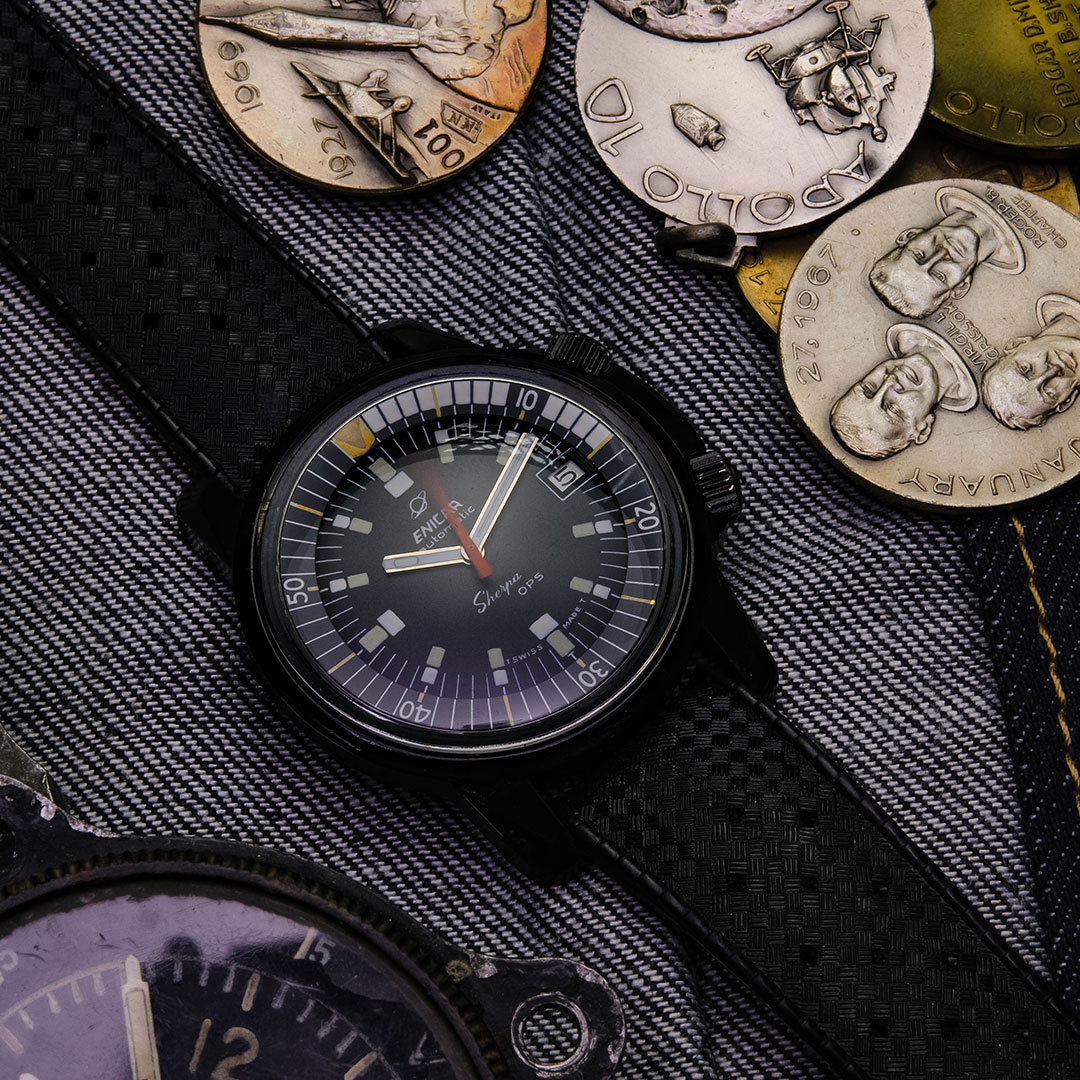 Add to Wishlist
Description
Show us your interest in this watch
Description
Enicar today, though still relatively unknown, is known for being one of the more creatively designed vintage “golden era” watches that are still reasonably priced for the quality they offer. Enicar started its roots in La Chaux-de-Fonds Switzerland in 1913, however, it’s their sport models of the 60s and early 70s that collectors today cherish the most. Enicar was an early adopter of the EPSA designed Super Compressor case and created watches with numerous applications for flying, diving, and racing. The Sherpa OPS ref. 144/35/03A is one of the most impressive watches we’ve seen from Enicar and mirrors the Sherpa Ultradive asymmetrical case design. The Sherpa OPS differentiates itself from the Ultradive with its early PVD case and more covert matte black dial and grey inner bezel layout with orange accents. The Sherpa OPS was actually never military issued, although it would be hard to say that it isn’t inspired heavily by watches with military applications, even the name “Sherpa OPS” embellishes the Cold War era secret agent sentiment. Patented in 1956 by Ervin Piquerez SA (EPSA), the SuperCompressor case possessed a unique sealing system that set it apart from other dive watch cases of the day. When exposed to higher water pressure, the spring-loaded case back of the SuperCompressor case sealed even tighter. Another innovation with the SuperCompressor was its approach to securing the bezel. As most diving watch timing bezels of the era rotated outside the case, the Enicar Super Compressor’s timing bezel rotated internally and was operated externally through a secondary crown. For the case of the Sherpa Ultradive and Sherpa OPS, there was an extra measure of security as the crown has to be pulled out to rotate the internal bezel. While not the best innovation in practice (due to the difficulty of manipulating a crown with diving gloves), the SuperCompressor case gained popularity. Dozens of other brands released dive watches with SuperCompressor cases, the most notable being Jaeger-LeCoultre, Longines, Enicar, Benrus, and Wittnauer.
Show us your interest in this watch
THE VINTAGEUR